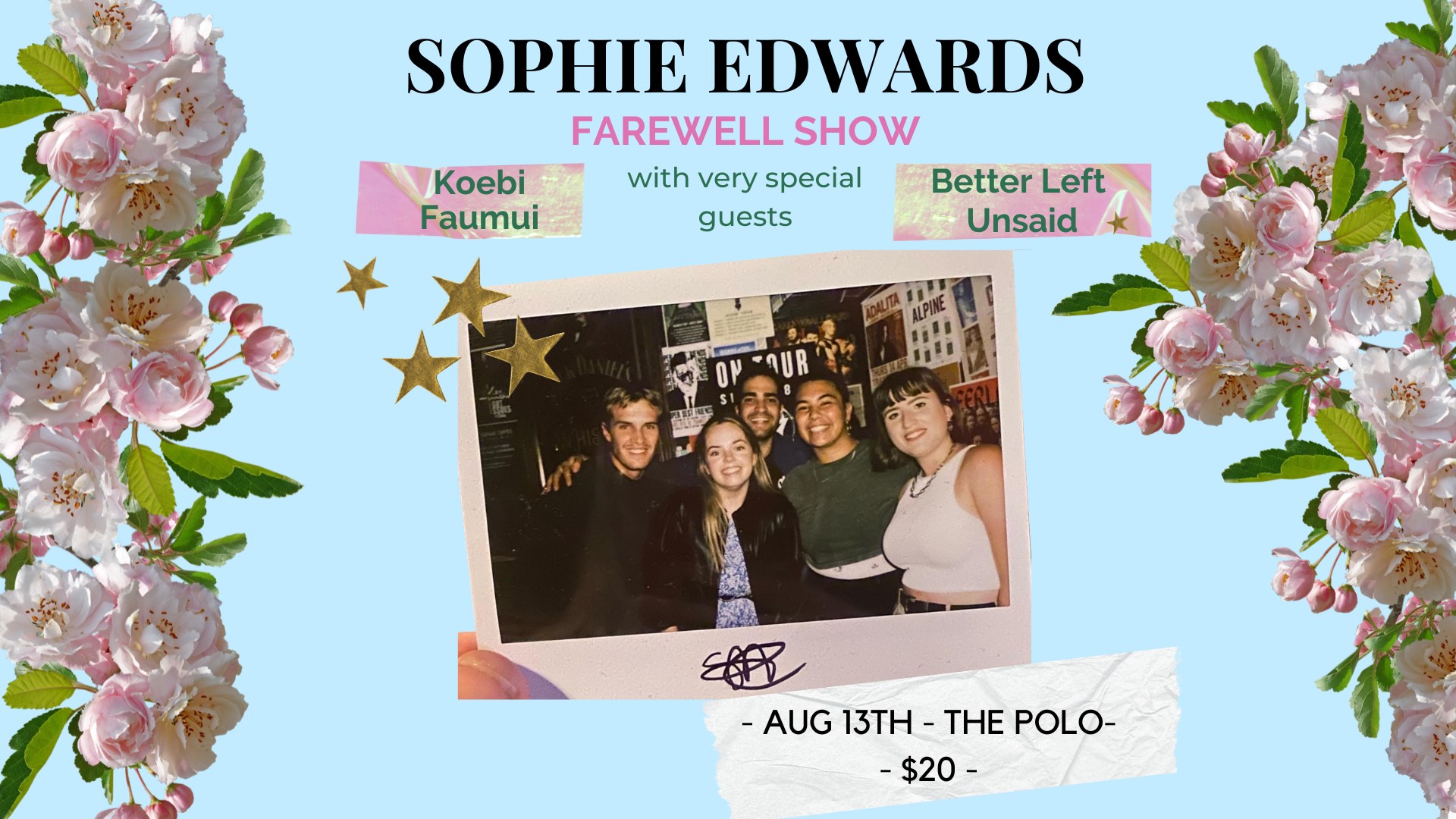 Sophie and her band join us at The Polo for one last gig in Canberra before she moves to New York. Sophie has been a staple in the Canberra Music Scene for many years now, with highlights including forming “She’s on the Bill”, being on the Minister for Arts Creative Council, performing with her band and teaching and studying at the ANU School of Music.

Sophie is fresh off a big run of shows, supporting Jaguar Jonze on her “Bunny Mode” tour, John Floreani (Trophy Eyes) on his tour, and other support slots for Odette and Alice Skye. She recently released her single “Lovescraps” produced by Hayden Francis (WOODES), which was played on Triple J Unearthed Radio. Her other self-produced single this year, “I Guess”, landed on editorial playlists for Spotify and Apple Music and has over 20,000 streams.

Sophie has curated a lineup of some of her favourite musicians in Canberra, supported by one of her best friends Koebi Faumui, and local up-and-comers Better Left Unsaid. Being her final Canberra full-band show, she has invited a multitude of special guests and has formed a full choir to bring Canberra life to the songs we already know and love. This is a show not to be missed